The Biology of the Wolf

Morphology and Physiology of Wolf

The wolf is a mammal of the order of Carnivores and the family of Canidae ( Canidae ). The current species, Canis lupus, arose during the Pleistocene almost a million years ago. Its wide range and great adaptability give rise to a complicated and debated taxonomy and notable variability in size and appearance. An adult wolf can measure between 100 and 120 cm from the snout to the base of the tail, reaching between 35 and 40 cm. The height of the withers ranges between 60 and 70 cm, and they weigh between 30 and 50 kg. Its strong constitution, the 42 teeth of its powerful jaw and its voluminous masseter muscles reveal its character as a top predator in biological communities.

Wolves are intelligent animals with highly developed senses, especially the ability to smell. They are well equipped to travel long distances, and their top speed can reach 50 km/h. They can jump up to 5 m in length and swim several kilometers in open water. 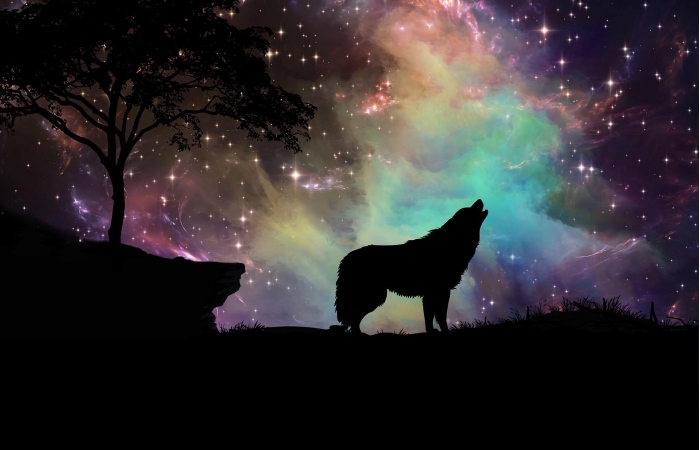 Wolves are social animals; They live in groups of related individuals. Only the dominant pair (female and alpha male ) reproduce in the group, except in rare cases; the rest cooperate in hunting and caring for the young. This monogamous system controls group structure and regulates population size.

The breeding season for wolves begins in winter or early spring, depending on latitude. Gestation lasts 61 to 63 days; she-wolves in Iberia and gives birth between April and June. Litter size varies between populations, ranging from 1 to 11 pups. The cubs open their eyes at 10-15 days and are weaned around a month and a half when they begin to feed on meat regurgitated by the group members. At three weeks, the puppies make the first exits from the den. They are highly dependent on adults until they reach the first year of life.

The age of sexual maturation is variable and conditioned by the social structure of the groups, in which subordinate individuals do not reproduce.

The groups establish and defend against other wolves, territories of very variable size, from 75 to 2500 km 2, depending on the density of prey and characteristics of the terrain.

The wolf is the apical predator (“apex predator”)  with the most scientific literature about its ecological functionality in ecosystems. Which adds to the cultural and, not least, ethical values ​​that justify its conservation. And protection from a legal point of view.

Science has often emphasized the importance of large predators in general (bears, wolves, lynxes, tigers, lions, wolverines, great eagles, etc.) for the long-term survival of the biodiversity of the ecosystems they occupy. Among these large predators, wolves are a typical example of a “keystone species”. Whose influence on the ecosystem is more significant than expected from their abundance. And they are because of their ability to modify the densities and behavior of prey, as well as indirect interactions with other species (for example, scavengers). However, this key role in ecosystems is often limited or suppressed by human persecution.

It preferentially consumes wild ungulates, especially cervids. In their absence, it is a flexible predator. Thus, their prey range in size from small rodents, such as voles and mice, to large ungulates, such as moose and bison. You can include carrion and food discards from human activities in the diet. It can thrive in multiple habitats as long as there is sufficient cover for shelter and wild prey and man tolerates its presence.

The wolf was one of the world’s most widely distributed mammals. However, it has extirpated from 80% of its original European and North American territories in just 250 years. Europe’s distribution is a fragment and currently linked to the awesome mountainous massifs of the east and south. In recent years, a prolonged and localized recovery of part of its former domains has been experiential in some regions. Including highly humanized environments (such as Germany), mainly due to the high availability of wild ungulates and reintroduction efforts ( Yellowstone and surroundings).

The Canadian and Russian populations are the largest in the world, accounting for 70% of the world’s wolves; It is possible, however, that they are more fragmented than is usually assumed due to ecological and human factors. Estimates of the population trend in these regions surround by uncertainties and based on extrapolations over large territories.

In addition to the wolf, almost 40 other species belong to the canids. Including several of the same genus Canis, such as the coyote, jackals, Ethiopian and red wolves. In other genera ( Vulpes, etc.), other evolutionary relatives of wolves appear, such as foxes, wild dogs, wolves, etc.

The main factor determining and conditions the conservation status of wolf populations is mortality cause by humans, directly or indirectly, in particular, their population control (any form of hunting and poaching). Non-natural mortality in wolves is connecting with predation on cattle attributed to the species, hunting activities and human perceptions (including atavistic fears).

However, our tradition is full of stories in everyone’s mind in which the wolf is an evil being. Even the result of the transformation of a human into a being of low, uncontrollable and murderous instincts. In the field of sayings, we can find the same: “See the wolf’s ears”, “Step into the wolf’s mouth”, and “Man is a wolf to man” (false in what it says, but very revealing as far as to human attitude).

All attitudes and prejudices typical of the ignorant and superstitious minds of the Middle Ages should scare you out of your wits for reasons thanks to the knowledge of what surrounds them. The value of a rational being is not in claiming to be but in acting as such.

What does a Marketing Intern do? Description, Prepare

Being Apps, 6 months ago
Being Apps

What is the result Searching in google Vector Marketing Reddit?

Being Apps, 6 months ago
Marketing

Being Apps, 8 months ago
Marketing